Blackcurrant bushes are often considered hard to grow, yet this is not the case at all. They can be grown directly in the ground, but those of you who don’t have the space, don’t worry as they also grow well in pots. They are excellent plants and produce fruit in abundance (around the mid-summer) which can be used in pies and jams. Blackcurrants are also a great source of vitamin C. A healthy established blackcurrant should reward you with around 4.5kg (10lb) of fruit if cared for and pruned correctly. The fruits can be frozen to use at a later date.

Did you know blackcurrants can be eaten fresh, frozen, cooked, or made into smoothies, jam and jelly?

How to prune Blackcurrants

Blackcurrant bushes fruit in abundance on the newer, younger shoots and for the first 2-3 years will fruit well without much intervention and minor pruning.

If you are planting bushes you have just purchased through the autumn and winter, they are usually bare root which is how they are usually sold by mail order nurseries at this time of the year, or alternatively, as potted plants in summer. They are usually around 1-2ft tall and some gardeners advise cutting them back to around 2 buds above soil level. This would help to produce the new shoots but we find that left un-pruned and planted as they are they usually do just fine.

For the first few years (around 2-3 years) you only really need to prune out and remove any damaged, diseased, weak or low hanging branches and your aim is to form a bush with around 7-8 good strong branches. 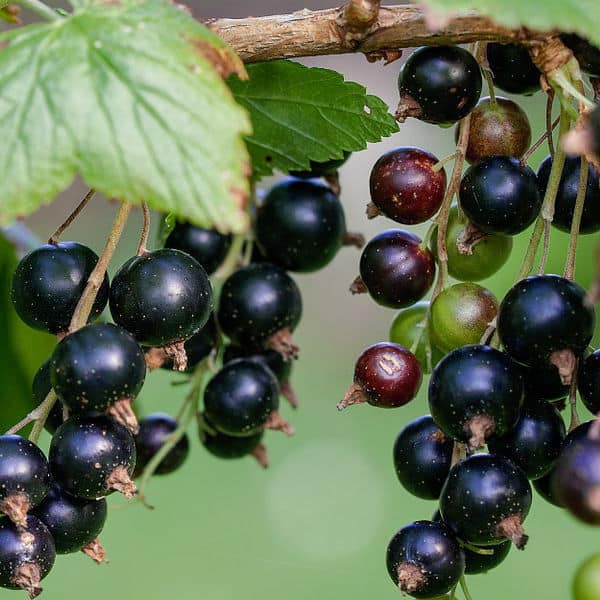 As they only really fruit well on the newer growth, after around 4 years you may notice that your blackcurrant start to produce a smaller crop of fruit. This is when they need the first proper prune. Between late autumn and late winter you want to remove around one third of the older darker wood to ground level as this will not produce much fruit anymore. This will give space and allow new shoots to form which will become the main shoots which you aim to have around 7 or 8 of. This is also a good time to remove any weak or low hanging branches which need to be removed to avoid fruit touching the ground.

After year 4 prune back yearly between late Autumn and winter and cut all the new growth back by around a third removing any dead, diseased or damaged branches as you do. Cut branches back to a good strong outward facing bud.

Feeding blackcurrants and mulching after pruning 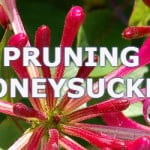 Pruning Honeysuckle – When and how to prune Lonicera