Robot Lawnmowers are safe for the garden, their owners, families and pets, and themselves and we are going to tell you why. If you take the usual precautions that you take around garden tools with sharp blades, the safety features built into a robot lawnmower make it less harmful than a regular lawnmower and they have lots of safety features standard lawnmowers simply do not have.

What are the safety and security features of robot lawnmowers?

Do robot lawnmowers mow over flowers and shrubs? (i.e. anything not grass)

Robot lawnmowers stay within the perimeter wire that you initially set up. If a break happens within the wire loop, the robot mower won’t work. So you don’t have to worry about it running around outside the lawn area, mowing down your prized flowers.

Some robot mowers have a Cut-to-Edge feature that lets them cut close to the boundary wires but not across them. If for some reason the mower does cross the boundary, it shuts down immediately.

Do robot lawnmowers kick up stones?

Robot lawnmowers don’t really have much cutting power like a standard lawnmower as they are designed to mow every day or two, so they don’t require the same power that a regular lawnmower does that you might use once every few weeks.

So if they come across a stone on your lawn, (always check for stones before setting one up though) they won’t have the power to let it fly up into the air. Plus the mower is low to the ground so there’s not much room for the stone to move up and outwards.

It’s also worth noting that the blades on most models are much smaller and designed in such a way to make them much safer than a standard rotary lawnmower blade.

All the robot lawnmowers in our reviews have collision sensors. When the mower collides with something or someone, it backs up and tries to find another path for its mowing journey. If the mower hits something really solid, say a tree, and can’t move, it immediately switches off the blades. It is worth noting that some models now have sensors that allow them to sense the object or person before making contact so won’t even touch the object, person or pet at all.

Robot lawnmowers automaticlly shut down if tilted or knocked over

If the robot mower becomes tilted – not level – more than it is supposed to handle, an alarm goes off and it immediately shuts down. The alarm is to tell you that it’s in trouble and the blades shut down for safety.

Most robot lawnmowers can mow grass up slopes to a certain degree or percentage, and the tilt sensor lets them do so. The robot mower has a low centre of gravity so is unlikely to tilt or flip over on its own on most lawns.

If you have a sloped lawn and are considering a robot lawnmower, you can see my top recommendations, carefully selected for sloped lawns up to 35%.

Are robot lawnmowers easy to steal?

The safety of your robot lawn mower is also important. It is small enough to be carried away by a thief. If the mower is lifted up while it is still in operation, an alarm goes off and the blades immediately stop. If you’re around, you can run out and see the person taking your mower away. Some models even alert you with the app but many models have a loud alarm that is triggered.

It only works at home

Every robot lawn mower can only recharge at its own recharging station. Although this station is also out in your garden, many people hide it away a bit so it’s not easily seen by anyone rushing in to steal the mower. Even if someone takes your mower, you know that it won’t work for them when the current battery charge runs out.

It is also worth noting that once lifted from the ground, most models need to have a code inserted into the keypad for it to work rendering it useless if you don’t know it.

It only works for you

As mentioned previously, when anything happens to your robot lawnmower and it stops, you need to restart it yourself. Most models require you to enter a PIN code into the keypad on the top of the mower. If you keep the PIN code secret, no one else, including your young children, can start the mower up.

Do robot lawnmowers mow in the rain?

Some robot mowers have a weather sensing capability, either through an onboard sensor or via their phone app. These mowers stay on their recharging station if it’s raining or there’s a forecast of rain. It’s much better for your lawn if it’s not cut in the rain and for the mower if it stays dry. It’s worth noting that they are waterproof so some models will mow even when raining although this is not the most ideal time to mow.

For information about how robot lawnmowers work, please see our companion article How do Robot Lawn Mowers Work?

How do Robot Lawn Mowers Work? Step by Step 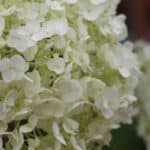