Hollyhocks are grown for the vibrant flowers that appear on the top of the large flower stalks. As a herbaceous perennial it’s commonly grown as an annual, great for attracting Bees and butterflies and resistant to verticillium wilt. However, that does not mean that hollyhock doesn’t have its fair share of other diseases and we start our guide on the most common and sadly the most destructive disease, hollyhock rust.

Hollyhock rust is a fungal disease that manifests in the form of orange, brown, or rust-coloured pustules which appear along the foliage. If you don’t treat the problem it leaves the leaves wilted and discolored.

Splashing water or wind will spread the pustules of fungus from one leaf to another and from one plant to another. While this doesn’t threaten the overall life of your plant in most cases although some investigation can be bad if left intreated, it is still a serious annoyance. 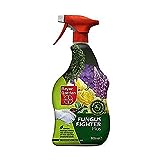 Leaf spot disease is another fungal pathogen which manifests in spots that appear on the surface of the leaves. The size of the spots ranges from small dots that appear periodically on the leaves or large dots that cover the entire surface of the leaves. The colour of these dots can range from black to brown to yellow and orange. This fungal disease, much like rust, won’t typically cause long-term damage if you have young and healthy hollyhock plants. However, if you have an older plant or one that is already at a disadvantage healthwise, perhaps it’s malnourished or dehydrated, it can cause worse damage. The best control is proper sanitation and removal of any infected leaves as soon as you see them and spraying with a fungicide.

Anthracnose is a fungal pathogen that usually appears in humid weather. You will notice it because tan, red, or black spots appear on your hollyhock leaves. As the disease progresses any infected foliage turns yellow, wilts, and falls off.

By applying a Bordeaux mixture at the beginning of Spring you can prevent the disease from attacking your hollyhock. The Bordeaux mixture does contain hydrated lime and copper sulfate so it’s quite commonly applied for other fungal diseases as well and is something you can apply throughout the growing season. 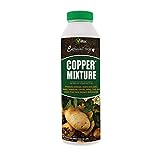 Remove any diseased leaves around the plant from the floor

Hollyhock diseases are best controlled with proper preventative care. First and foremost, remember that fungal pathogens will drop off infected leaves or dead material and remain in the soil over winter. So, if you have any effected foliage fall that has any level of infestation, if you don’t remove it from the soil at the end of each growing season, it could hold in pathogens infecting the soil and germinating the following spring.

The conditions have to be appropriate, moist, humid, with very little airflow in order for these fungal infections to spread. To that end, if your plants are overcrowded, prune them to provide proper airflow throughout all of the stems and the leaves.

Remove any weeds from around plants

Try to keep the area around your hollyhock plant free from any weeds. Weeds might harbour fungal pathogens and insects that attack your plants so removing weeds can reduce the chance of any problems in the future.

That said, if you do notice any of the major diseases listed above that have already manifested, you can apply preventative measures in conjunction with removing the infected debris and applying fungicides for severe cases.