Hollyhock rust disease – how to help prevent and treat it

Hollyhocks are fantastic plants, especially for cottage gardens but unfortunately, it often has to combat Hollyhock rust, and unfortunately, they can quickly become overwhelmed with it.

It can also be very hard to prevent, with them often needing to be sprayed 2 times a week when they are actively growing to try and prevent it.

What is Hollyhock rust?

Hollyhock rust is a type of fungal disease and it spreads via airborne spores. This is what makes it so difficult to control because it can travel such long distances from other plants.

The disease will develop on an untreated Hollyhock and in some cases, it does get worse during wet, humid summer weather, something we often find ourselves experiencing in the UK. It will attack all the outer parts of the flower, the stems, and even the leaves. It eventually reduces the plant growth and in very serious cases, the plant can die.

What are the symptoms of Hollyhock rust?

Rust is very easy to spot on Hollyhocks, you will start to notice bright yellow or orange spots appearing on the upper part of your leaves. These are often lumpy pustules that contain spores. They will eventually turn an ash-grey colour when the air is humid and that’s when the airborne spores are generated and spread. The disease tends to start on the lower section of your Hollyhock and spread up the plant. It can start when the plants are shooting in spring before they have even had a chance to get going.

How can I treat Hollyhock rust?

There are two ways you can treat Hollyhock rust. One of these options includes a non-chemical treatment which is probably more of a preventative measure but is often not fully successful. The second option is to use chemical treatments and spray them with a fungicide of which there are a few choices.

You should regularly check your plant for any signs of infection and dispose of any leaves that show symptoms. You can reduce the risk of Hollyhock rust by treating your plant as a biennial and discarding it after flowering even though, technically, your Hollyhock can survive for several years. The older it is, the more likely it is to be attacked. This method is more successful when combined with spraying with a fungicide.

Fungicides are the best way to treat the problem and control it. Regular applications will be required whether you use something with tebuconazole or try conazole, you will likely need to spray your Hollyhock twice a week while your plant is actively growing, especially if the weather is bad because it thrives in damp conditions. 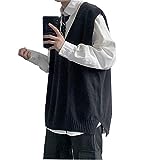 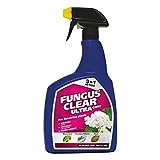 Regardless of which option you use, understand that controlling Hollyhock rust is not easy because the spores can travel a very long distance and even reach surrounding plants. It is for this reason that you need to be mindful of the issue and control it sooner rather than later.

How can I prevent Hollyhock rust?

It’s important to understand how rust fungi grow and spread. They grow within the living tissues of your plant and they get nutrients from the cells. They don’t kill the tissue quickly but a heavy attack can cause the tissues to collapse and eventually die prematurely.

If you look at the reddish-orange pustules on your Hollyhock leaves, those each contain numerous spores that can remain embedded in your leaf. Humid conditions can cause the spores to germinate and produce a second type of spores that get released in the air and land on other leaves, which makes it a lot easier to increase the infection.

This type of infection happens most during wet or humid conditions so you might see problems with Hollyhock rust most predominantly during wet summers. If the issue isn’t treated the fungus can remain over the winter on a few of the leaves, maybe even survive within the crown of the plant, and then come the following spring, the infection bursts forward all over again.

This means that you have to work very hard to maintain optimum environmental conditions while growing your Hollyhock to prevent Hollyhock rust. The best preventative measure is to make sure the plant has proper air circulation at all times and to water it frequently but not overwater it. When you water, be sure to do so at the base so that you don’t accidentally drop water from the top down and splash the spores from one leaf to another.