Growing hollyhocks is a wonderful goal as a gardener. If you treat them well you can get them to grow up to a very impressive 3 meters tall and tower above any other part of your garden adding a delicious and visually appealing vertical element.

long as you find the right location in your garden and you offer a little bit of care, you can grow beautiful hollyhocks that continue to appear year after year.

It’s worth mentioning early on that we recommend spraying them with a fungicide twice a week during the growing season to help prevent rust which can become a big issue if not controlled on hollyhocks.

Hollyhocks require full sun and rich, well-draining soil. One mistake made by a lot of new gardeners is to plant them in soil that is simply too dry to sustain them. The whole point of growing the hollyhocks successfully is to get flowers every year but if the soil isn’t right, you won’t get this.

Mix in plenty of organic matter into the soil before planting and water during dry spells, especially newly planted plants.

Hollyhock seeds have to be planted right below the surface no more than half a centimetre deep if that. They should, however, be spaced about half a meter or more apart in order to grow successfully if growing them directly in the ground although we recommend growing them in seed trays first and potting them into small pots and then planting them outside.

Growing hollyhocks in the garden

Require very minimal care but only last 2 to 3 years

Once you have planted your hollyhocks, they require very minimal care. However, hollyhocks are short-lived perennials and that means that the majority of varieties you grow from seed or from young plants will live only 2 or 3 years. You can extend their lifespan a little by removing some of the growing flowers as soon as they fade.

One benefit of not removing faded flowers is that they will reseed themselves so in good conditions while the original plant might be short-lived, you can continually grow more plants in the following years.

Hollyhocks benefit from a mulch of compost and slow-release fertilizer in the spring so be sure to do this annually to keep your plants healthy.

They also prefer moist soil so water often but not too much that the soil becomes waterlogged, this is especially try during times of drought.

Hollyhocks are very easy to grow, as mentioned, but that doesn’t mean they have no problems whatsoever. When you are growing these fantastic plants the biggest thing you need to look out for is rust. Rust typically attacks the lower leaves and eventually makes its way to the upper leaves. Rust is something you need to work hard to keep to a minimum if it has manifested already.

Always water at the base of the plant and not from above to help minimize the spread if there is an infestation. Make sure your plant has good air circulation by abiding the spacing mentioned above when you plant it. If you have mature plants that have outgrown that spacing, trim them or transplant them so that you have better airflow. Once you notice rust on the lower leaves always treated with a fungicide immediately.

These steps will not entirely eliminate the issue but they will go a long way toward keeping it contained and preventing it in the future. 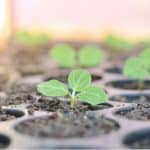 How to propagate and grow hollyhocks from seed 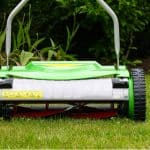