Keeping hungry foxes away from chickens and rabbits

If you live in an area that is heavily covered in woods or nature, you’ve probably seen a fox roaming about (or been woken up by their piercing calls). Despite being one of the cuter wild animals you’ll find in nature, foxes are still hunters who are always on the lookout for something to eat. This is especially true in Spring after the mating season ends and their kits (baby foxes) are born because they need to be fed. If your smaller livestock roams in a pen during the day, you may run into some trouble with the local crowd if you don’t implement some form of fox deterrent.

Fortunately, you don’t have to be at the mercy of these adorably-annoying creatures. There are a number of strategies you can try to either prevent them from becoming an issue in the first place or repel them before they get too comfortable on your property. Don’t worry – all these methods are humane, so you won’t do more than scare them away and force them to move onto the next hunting grounds. This way you can protect your chickens and other livestock, and everyone survives!

Below are 4 of the most effective forms of fox deterrent & fox repellant, allowing you to keep your property fox-free or liberate it from their harassment for good.

The best way to deter foxes before they become an issue is by taking preventative measures to protect your flock. You can do this by doing everything possible to secure your chicken coop and yard from outside threats. After all, if the fox can’t get to your chickens, it can’t hurt them and is likely to move on in search of an easier meal!

Fence: Securing your property starts with a protective fence, preferably around the entire area your livestock roams. You’ll also want to ensure it is high enough that it can’t be easily jumped by the nimble foxes. Metal mesh works well for its resilience, and as long as the mesh is thinly spaced they won’t be able to squeeze through. This is actually more difficult than you might think as foxes can jump much taller fences than most people think. I line of electric wire can often resolve this issue, more on this further down.

Anti-Digging Mesh: Foxes can also dig, so a protective mesh installed underneath the fence and even around & under your chicken coop can add another layer of protection. Make sure it covers around a foot down to prevent the tenacious little creatures from digging an underground tunnel for easy access. Trust us they will dig there way to an easy meal.

Reinforced Chicken Wire: If you’re having trouble with the fox nibbling its way through your current fence but don’t want to invest in a brand-new addition, you can simply add a layer of metal mesh fencing to reinforce the existing chicken wire, or add more layers of a harder or thicker metal wire. Buy quality galvanised wire that won’t rust.

Consider a fox proof chicken coop and run: Manufacturers have come up with some excellent designs, we reviewed some of the best chicken coops here. This is a good starting point, if you combine a good run with an electric fence this is usually enough.

Add Some Electricity: If all else fails, electrifying the fence just enough to give a shock should be plenty to give the fox the hint to move on. Don’t go too strong, otherwise, the shock may prove fatal. You should also be careful, as foxes aren’t the only things that can get shocked by it! Keep other pets, livestock, and children away. You can buy specialist electric fence kits which include everything you need. 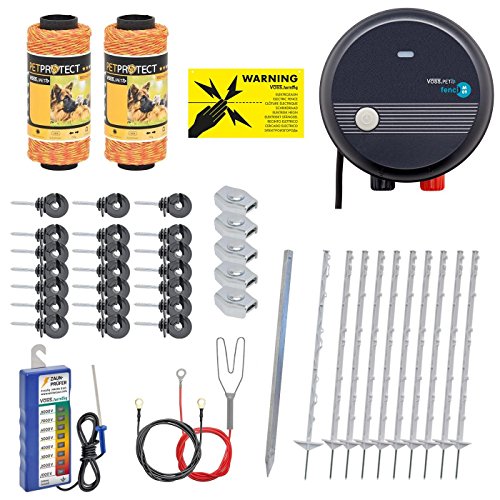 You can see some of the best electric fence kits available on Amazon.co.uk by click here

If you’re looking for a very natural fox repellant, look no further than human urine. Foxes are very territorial creatures, leaving droppings and marking their territory with urine. This is their way of saying “go away, this is my land” to any potential rivals. Fortunately, you can fight fire with fire (or urine, in this case).

Despite being territorial, foxes are not very confrontational, and will likely move on if their land is contended for by another male. This is where you can mark your own land. You can use a human male’s urine or a strong-smelling natural fox repellant spray to give them the hint that the land isn’t theirs anymore. You can add it to a spray bottle and spray it as you go around the exterior, pour it from a bottle for larger yards, or even spread it straight from the source if you want to assert your dominance first-hand. It can also be used as a preventative deterrent before the fox even starts hanging around, this way they’re likely to not even consider your property with competition around.

Scare them with Lights or Ultrasonic sounds

If you can’t keep them away with a little territorial competition, you can always just scare them the old-fashioned way! Most foxes are naturally skittish when it comes to any kind of unfamiliar look, smell, sound, or feeling. For example, if they hear or see a large dog, one of their natural predators, the fox will most likely flee to safety. While you too are a predator of foxes, our goal is to simply intimidate them, not hurt them.

Using an Ultrasonic fox repeller has also proved positive, HyperResonance Frequency Fox Scarer are a good choice as the sound activates at random timing intervals to have maximum effect on foxes and to prevent them from getting used to the sound of the repeller. 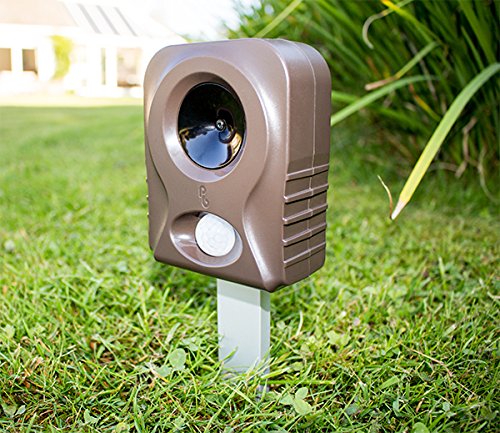 View on Amazon.co.uk by clicking here

Get a (Big) Guard Dog

Just what isn’t a dog good for? Companionship, protection, and the list goes on. Similar to the idea that a dog deters burglars because they make noise, a guard dog (can be a friendly one really)  can deter foxes by barking, marking their territory, and chasing the fox if necessary (but not advised if you can help it). As long as you choose a breed that is large enough to be considered a predator of the fox without being a danger to your flock, you’ve got yourself your own personal flock-guard that will more than love their job. Just keep an eye on them if they decide to go after a fox so that your dog doesn’t get bitten by a rabid fox and of course make sure they don’t scare your chickens.

If your property is at risk of getting harassed (or is already under siege) by a fox, you’ve got to fight back to protect your livestock. You can take preventative measures to enhance the security of your perimeter and coop to deter them from trying to get in in the first place or use urine as a natural fox repellant & deterrent to mark your territory and keep them away for good. If they’re a little more persistent, you can try to strike fear in them by pretending to be a predator, or actually getting a predator to keep them at bay.

Be sure to try the tips above to sort out your fox problem before it gets too bad. As a last resort, consider calling your local animal control to set up a trap to relocate them or euthanize them if they are sick. After all, the health and safety of your flock and property of the utmost importance but we also care for foxes too, after all, they belong to live as well.

Best Greenhouse Staging and Shelving Products to Organise Your Greenhouse