Choisya Pruning – The guide on when and how to prune

Choisyas should be pruned between the late spring and early summer and Choisya that are already flowering can be pruned after flowering, which is usually around June. Overgrown Choisyas can be pruned by around half if needed.

Choisya is easy to maintain and bring with them verdant leaves and beautiful, often scented, flowers. However, there are situations where you may need to cut back the amount of growth that you have, in which case it is important to know how to prune and when to prune. In general, Choisya doesn’t need pruning, except for preventing them from getting large or maintaining the desired shape. They should be pruned in spring after the risk of frost had passed because any new growth will cover pruning cuts and further promote new growth.

How to prune Choisya

The technique for legitimately pruning is the same as you would use with most evergreen plants. You need to take your sharpest set of pruning shears, being sure to sanitise them beforehand so that you don’t accidentally transfer diseases from one part of your garden to another.

You can cut back your shrub in late spring to early summer to about half its original size if needed and they will still recover well. When you do this, simply make a clean single cut (if possible) so you don’t leave a lot of wounds on the remainder of the plant that would leave the plant susceptible to diseases.

After you prune, be sure to add some general fertiliser, for example, growmore, to the soil to help boost the regrowth, it’s not essential but well worth doing.

When to prune Choisya

You want to ideally undertake this process in the late spring, however, if it has started to flower you can do it in the middle of June after the first flush of flowers has reached their maturity. If you do it earlier in the season it won’t harm the plant but you may not get as many flowers that particular season.

What you don’t want to do is prune too early or too late to reduce the risk of the plant getting damaged by frost. Ideally, it should be pruned after the risk of frost has passed but early enough to give it plenty of time to produce new growth and mature before the winter sets in.

This technique is the same whether you are growing your Choisya in pots or in the ground.

Realistically this particular plant doesn’t require pruning of any kind. It is one of the most low-maintenance plants you can add to your garden, however, if it is in a confined space (or you are growing in pots) it may have outgrown the area in question and under these circumstances alone you can prune it back to better fit the size or space you have.

Where to buy Choisya 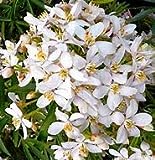 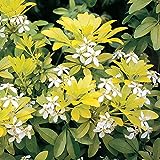 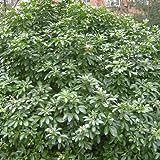 Dividing Agapanthus – How and when to divide step by step