How to kill Japanese knotweed – everything you need to know

Japanese knotweed is probably the most evasive weed in the UK, in this article we look at how to tackle it and eventually kill it using, tarps to shut out light, Glyphosate-based herbicides to help kill the plants down to the root, and simply digging it up. All methods need to be used in conjunction with each other and it takes several years to hopefully eradicate it from your garden, but it takes a lot of hard work and is a very difficult process.

What is Japanese Knotweed?

Japanese knotweed, also known as Polygonum cuspidatum, has earned the nickname of the Godzilla weed, and for a good reason. It is one of the most invasive plants you will find and will wreak havoc on your landscape. If you have ever tried to remove it you know that it really does possess Godzilla like qualities. A single approach for eradication is insignificant. You must utilise multiple approaches and it often takes several years with a proper plan in motion.

What damage does japanese knotweed cause?

Japanese Knotweed spreads like wildfire. It will grow in moist areas including your garden, your lawn, even along the riverbank. It is so prolific that all it takes is a single fragment of 1 root, not even the entire root. A single fragment hidden in a pile of compost is all it takes for this weed to spread throughout your garden. If you have Japanese Knotweed spreading in your garden you will know because it will start the crowd out all your other plants and take over an existing space. It can also affect the foundations of a building and can make its way through the concrete which is the main risk and why it’s such a worry.

What to do if you have Japanese knotweed in your garden

The first step is to use tarps. Tarps will help you to suppress the growth of the weed early on in the season and that will allow you to invest more time in the other eradication methods you are using. If you notice the patch of weeds in your garden, put a tarp over it. Use as many layers as possible to prevent any sunlight from penetrating. Weigh them down so that the wind does not move them.

As new weed shoots emerge you will notice that they push up against the tarp, much the same way as you might raise a tent when camping. As soon as you see this, trample them. Whatever growth you have making its way up to the surface will not last long if it doesn’t have access to sunlight. You want to keep these tarps in place for as long as possible to prevent any sunlight from reaching the area and to choke out the Japanese Knotweed.

Theoretically you could choose to simply build containers or raised garden beds and put them right on top of that part without much risk of the Japanese Knotweed getting through. This would be a simple way to still have a garden if Japanese Knotweed had already spread prolifically.

Herbicide is also important as a method of destroying your Japanese Knotweed. Glyphosate-based herbicides are one of the most effective weedkillers you can get. Typically speaking you need to mix these with water and then apply them to the Japanese Knotweed. Some of the most common brands include Deadfast, Touchdown, Roundup and Weedol. Rather than spraying, if you have a particularly large and mature growth problem with your Japanese Knotweed, you can inject glyphosate herbicide right into the canes. If you are going to spray it, this is best done at the end of summer or the beginning of autumn, right when the plant is starting to flower.

You need to be observant of the fact that glyphosate is a non-selective weedkiller and that means it will not target just the Japanese Knotweed specifically, but rather it will hit anything and everything in its path. So, if you have an area that you are using for a lawn or ornamental beds you can use your herbicide to try and get rid of Japanese knotweed but it will kill off anything else in the area.

If you plan to use a herbicide yourself you might need several years of treatment for more established populations of Japanese Knotweed. You should also make sure you wear rubber gloves, long pants, long sleeves and sturdy shoes. Read the labels properly if you plan to administer them yourself and follow the instructions specifically. When you have finished the rubber gloves you wore should be thrown in the bin and any contaminated clothing should be washed on its own. This type of herbicide is considered non-toxic to animals but it is still recommended that you keep any animals or pets away from it until it has dried.

Cutting up and Removing Japanese Knotwood

You can cut back any Japanese Knotweed in your garden throughout the summer. When you remove parts of your Japanese Knotweed you need to know how to dispose of it so that no parts of it end up back in your garden. You can dig up in the ground where you see the weed shoots coming up and you will probably find the clumps of roots and shoots, also known as rhizomes. You need to put them in a separate bag and dispose of them. Even the smallest of root that you leave in the ground can produce a new sprout. That is why cutting and removing Japanese Knotweed is not a single-handed method. It is something that you should do regularly to eradicate it, in conjunction with other methods.

This particular method is not one that will render immediate results. No matter how careful you are during the process there will probably be a root that snaps off at some point and even the smallest of roots will produce a new plant. Ideally what you really need is a digger so that it can be removed in an industrial way by removing tons of earth and replacing it with new soil.

Effective eradication requires a multi-pronged approach. It is also something that you should do long-term. In order to get rid of Japanese Knotweed, you might need to slash away and dig up as much as you can and then cover the area with a tarp in preparation for spraying it with a herbicide further down the line. It might require several seasons but the key is to stick with it. If you keep at it time and time again eventually you will be successful.

When to prune clematis 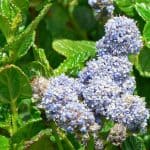